Unless you have been meandering the Amazon jungles, living under a rock, or just returning from a interstellar jaunt, the only thing you need to know about the election that is fast approaching is how corrupt the main stream media and big tech have acted in their attempts to prop up a candidate that should have never won the democratic primary.

If you value your Freedom, freedom of speech, freedom of religion, freedom of the press, all of your freedoms, you MUST vote. I trust that you know who is a totalitarian meat puppet with the support of a multitude of billionaires, millionaires, and anti-American internationalists.

The world can be a bad place and looks to be getting worse. Who will you vote for, a guy who has been enriching himself and his family for nearly half a century, with a running mate who is the literal epitome of a corrupt DA or a man who has been attacked by the MSM, hollywood, the legacy media, big tech, (you know the powers that be) and every corrupt career politician and his running mate “Race” Bannon’s twin.

Be Safe, Be Smart, Be Aware,

If you are a science fiction fan, one of the best sci-fi series is now available on the evil empire of Amazon, the absurd politics of money are behind the normal unavailability of Babylon 5, but that could be a whole series of posts on “Hollywood Accounting”.

Regardless, B5 is one of, if not the best, Sci-Fi series, ever. Unfortunately the first season is difficult to get through, after that the next 4 are spectacular, and well worth the watch. Oddly, I do not recommend skipping season 1, you kind of have to just muscle through, the payoff makes it well worth while. Once again, I can not recommend B5 enough. In particular, episode 10, “Believers” is both thought provoking and heart-breaking, and easily the best of the first season. Although several episodes have deeper implications for the series as a whole.

In an effort to clarify the desires, of, We The People, I humbly submit a small manifesto of political desires, as a basis to build upon.

A Lady of Reason

When you think the Left has gone completely down the rabbit hole, the next big thing will prove you they’re not even close to peak lunacy! Consistently beating their own record and becoming their own satirical caricature, here’s a roundup of some of their wackiest moments in 2019:

What does it take to get the Left on the warpath? Apparently nothing more than a teenage boy and some friends standing peacefully as a grown Native American man chants “vocables”, (that is not even authentic Native American words) and bangs a drum inches from his face! For the heinous act of doing an uncomfortable smile, Nicholas Sandmann and his friends received threats of violence, doxxing and of course, being branded as racists! 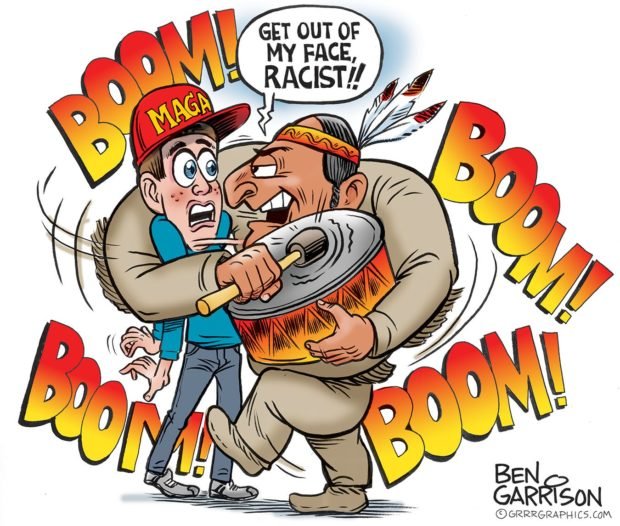 Hate Crime Hoax of The Year

When the term badass is looked up you will see Joesph R.Beyrle’s picture.

Joseph Beyrle is the only American soldier who officially took part in battles in the American and Red armies on the eastern and western fronts of the Second World War. Thanks to his dedication, he managed to escape from German captivity and continued to fight in the ranks of the Soviet allies. His battle path is an amazing episode of World War II.

Beyrle was born in 1923 in the city of Muskegon, Michigan. After graduating from high school in 1942, he refused a scholarship at the University of Notre Dame, preferring instead to join the army and go to war. After selection, Beyrle was sent to the 506th Parachute Infantry Regiment of the 101st Airborne’s “Screaming Eagles”. His unit specialized…

When DemocRats are pushing to remove statutes of Confederates it is just fine as they were racist and slaveholders.

Yet when Republicans want to remove a statue of a racist white supremest it is petty politics especially if it is a statue of a DemocRat.

Let me say this woman has a severe credibility gap, and likely a big hunger for a book deal, or some other lucrative benefit from this narrative she has given us

Christine Blasey Ford, the liberal professor who accused Supreme Court nominee Brett Kavanaugh of groping her 36 years ago, is being blasted on social media for making laughable demands as preconditions to testifying before the Senate Judiciary Committee..

Specifically, Ford is demanding the following before she agrees to testify on her own behalf regarding her dubious 11th hour allegations:

She must testify first? She must not be in the same room as the man she is accusing? Screw due process I guess. Well at least she has dropped the… 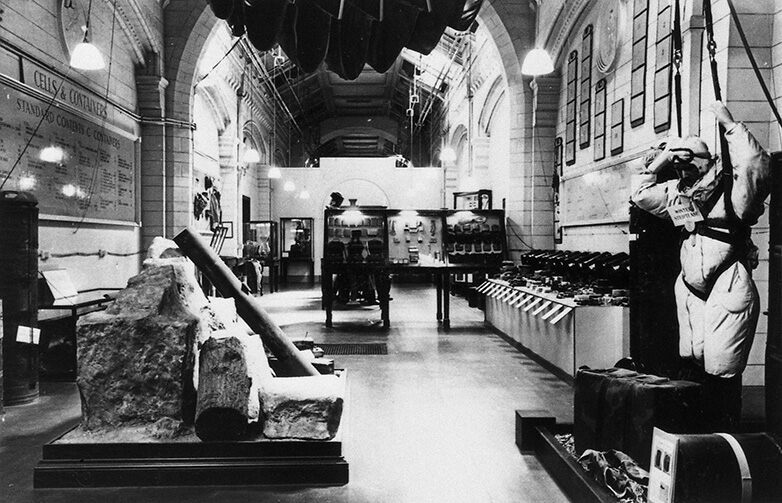 Installation shots from inside the exhibition. THE NATIONAL ARCHIVES: HS10-1-3

When Ealing Studios released a feature film in 1948 that showed a secret wartime spy workshop hidden in London’s Natural History Museum, the plot was too far fetched for critics and the public. The New York Times said Against the Wind conveyed only “a minimum of the truth” behind Second World War sabotage efforts. Its director Charles Crichton—perhaps best known for the comedy A Fish Called Wanda—was also rebuffed: “Only Crichton would think of having his secret London headquarters in a museum of stuffed dinosaurs” scoffed one critic.

Half a century later, a series of documents emerged that would have astonished Crichton’s skeptics. In the 1990s, after the British government released formerly classified intelligence files from the Second World…