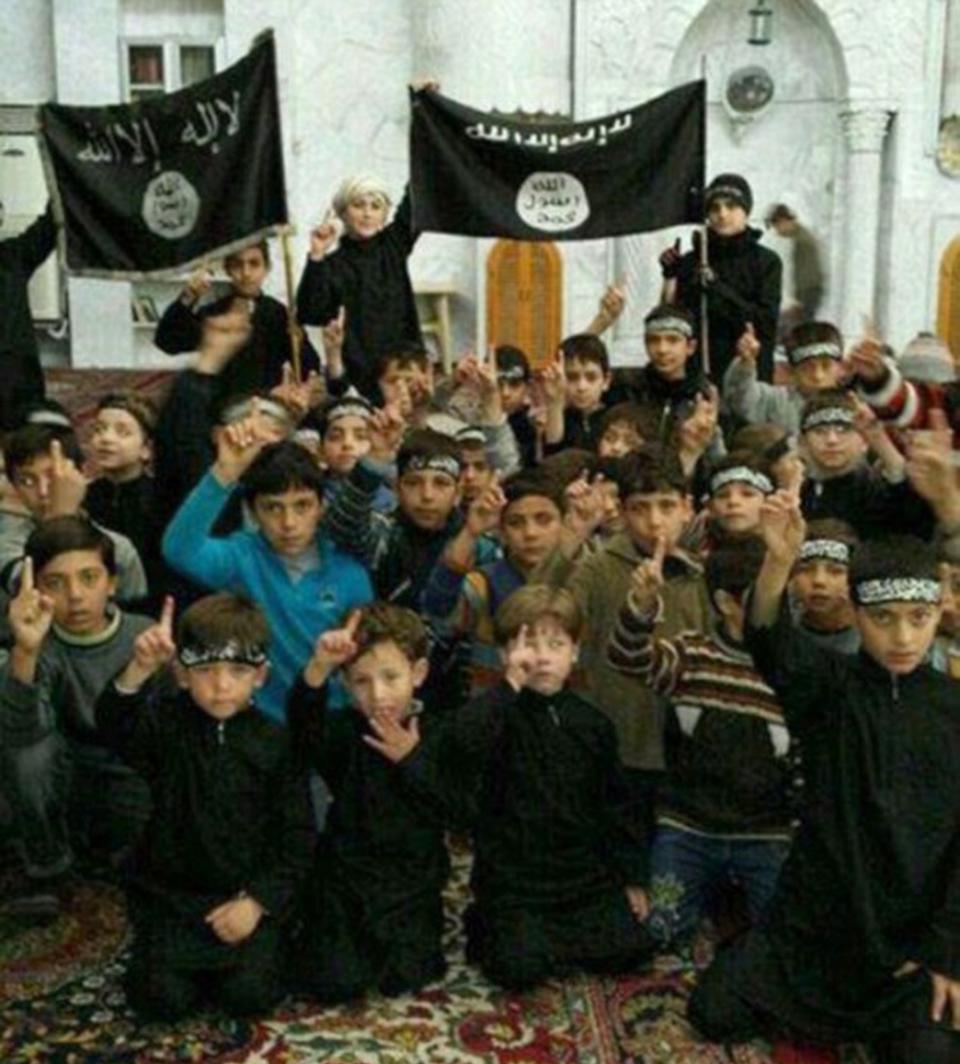 In this undated image posted online and made available on Thursday, Nov. 20, 2014, by Raqqa Is Being Slaughtered Silently, an anti-Islamic State group organization, children pose with Islamic State group flags in Raqqa, Syria. The image has been verified and is consistent with other AP reporting. Across the vast region in Syria and Iraq that is part of the Islamic State group’s self-declared caliphate, children are being inculcated with the extremist group’s radical and violent interpretation of Shariah law. (AP Photo/Raqqa Is Being Slaughtered Silently)

In Raqqa, the Islamic State group’s de facto capital in Syria, boys attend training camp and religious courses before heading off to fight. Others serve as cooks or guards at the extremists’ headquarters or as spies, informing on people in their neighborhoods.

Across the vast region under IS control, the group is actively conscripting children for battle and committing abuses…