The following is sarcasm.  Enjoy at your own risk.

In bizarre and ultimately failed attempt at the famed Jedi mind trick, assistant to the assistant to the deputy of the secretary of the assistant deputy White House spokesman, Eric Schultz tried to convince John Karl of ABC news that the Taliban weren’t a terrorist group.  132 children would disagree, if they could.

In other news President Obama has abandoned his plan to pay for the first 2 years of community college, by taking college savings away.

Earlier this month, Secretary of State  John Kerry finally arrived in ‘plans’ to join the Paris Anti-Terror Rally (Charlie Hebdo) nearly a week after Attorney General Eric Holder slithered out of the City of Lights to avoid going, to say nothing of Uncle Joe, who eagerly volunteered to run to Saudi Arabia to comfort anyone who would let him in the wake of the old King’s death, didn’t attend, and the President….too busy for the Valerie Jarret described ‘parade’.

Daesh (ISIS) have released the latest edition of their state sponsored magazine, in it, the detail the correct way to raise little terrorists, also included recipes for the loving wife.

There has been no response from ISIS to Jordan’s warning that if their pilot was killed, that Jordan would go all Black September on them.

We have saved the best for last, Michael Moore, famed for his propaganda movies in the form of documentaries to say nothing of his magnum opus, Canadian Bacon, has decided that “we” were taught that snipers were cowards, and not wanting any Americans to be considered cowards has volunteered to replace all the snipers in the US Military with a weapon of his own design, so without further ado… 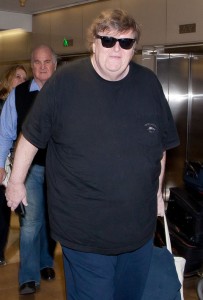 then since the military doesn’t make body armor in that size,

he strips naked, wraps himself in a camo net 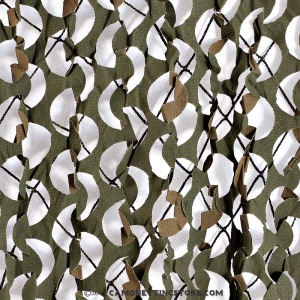 he throws off the camo and charges into battle, as seen below

CAUTION THE FOLLOWING PICTURE CAN AND WILL CAUSE RETINA DAMAGE

Please turn away, we beg you, the horror of a naked Michael Moore in full on charge is enough to break anyone.

fine, here it is

LINK to naked Michael Moore in full charge, You have been warned, so we accept no responsibility for heart attacks, strokes, blindness, nausea, vomiting or any other ill effects caused by you looking at this picture.

We are sorry but due to legal concerns we were forced to redact the photo of naked Michael Moore in full charge, but in the interest of your overwhelming and insatiable curiosity we give you a close facsimile.  Enjoy…

Islamic State (ISIS) militants have demanded the release of a female failed suicide bomber, imprisoned in Jordan for almost a decade, in exchange for two hostages being held by the group.
On Wednesday, Jordan’s government spokesperson, Mohammed al-Momani said, “Jordan is ready to release the Iraqi p
January 28, 2015 at 10:28PM
http://nblo.gs/130lur
By Deepak verma

The Oil for Your Lamp

I was thinking about labels and trying to think of a new term I could use to describe people who oppose individual rights and liberty for others.  While I was thinking about this, I remembered the many people who have — in the past — objected to being ‘labeled.’  Sadly, these people do not understand that, without labels, communication is impossible.  Every word you are reading is a label.  Every word you speak is a label.  In fact, every hand gesture you make is a label.    You see, we seldom bother to think past the surface, so we are seldom conscious of the fact that form and function are what define; words are just descriptive labels we assign to represent those forms and function.  This is how labels make communication possible.  In their most basic form, labels are just symbols that convey commonly understood concepts or ideas. But there…

will the children be given a single can or will they have an entire arsenal of cans stacked up neatly under their desks for such an emergency? a arsenal of chicken noodle soup

what if they get hungry, will they be provided with can openers? I have a hard time resisting a good can of spaghetti Os.

will they be charged with destruction of a government issued weapon, if they eat the contents of said can? Johnny stop eating in class.

will they ‘fire’ by rank, by platoon, or will it be a wily-nily firing system?
some serious tactical decisions will need to be made, and assuredly training, perhaps we should open a national level can attack training course.

We could arm the teacher with a 6 pack of their favorite canned beverage, so they could lead by example.

should we issue them sporks for a final spork armed bayonet charge, all while screaming “for Obama”?

What a wonderful idea.

It sounds really bizarre, but it’s true: U.S. schools are teaching children to carry cans of soup as weapons, with instructions to hurl the cans at terrorists or school shooters.

In effect, middle school children are being taught to stand their ground against crazed assailants while armed with soup. What could possibly go wrong with this plan? 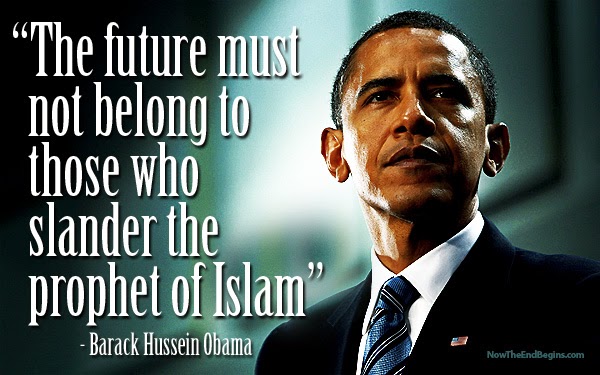 Geeez Blog: (If you haven’t checked out Geeez Blog, you should)

A few of you sent me this via email so I thought I’d post it….it’s apparently from some poster at Gretawire?     Fascinating, when read all together; we all know these situations separately, but…man:

To President Obama:
It was you who told an Islamic dinner – “I am one of you.”

It was you who on ABC News referenced – “My Muslim faith.”

It was you who gave $100 million in U.S. taxpayer funds to re-build foreign mosques.

It was you who wrote that in the event of a conflict -“I will stand with the Muslims.”

It was you who assured the Egyptian Foreign Minister that – “I am a Muslim.”

It was you who bowed in submission before the Saudi King.

Welcome to the New Year’s First Sarcastic post, once again the following is sarcasm…enjoy

While we all knew that Egyptian President Abdel Fattah el-Sisi had big brass ones, since he crushed the short-lived Muslim Brotherhood caliphate and the violence it generated, we were unaware that he had traded them in for titanium ones, in a shocking display, he went to the Al Azhar Mosque and University (often called the Vatican of Egyptian Islamic thought) and took them to task the Imams there for not dragging Islam into the modern era.  While there is no doubt that President el Sisi has done some questionable things, it does seem he is looking out for the best interests of Egypt and peace through out the world.  Bravo el-Sisi.

There is no truth to the rumor that the President was too busy practicing his putt to attend Sunday’s Republican Anti-terror marches in Paris (or one of the 40 cities around the world, including one in Washington D.C.).

Nor is there any truth to the fact that Vice President Biden was locked in a closet (again).

or that Secretary of State Kerry hasn’t been seen since he started looking for Constantinople, he is getting close, he is at a Dunkin Donuts in Islamabad per twitter @JohnKerry.

Initially the media was told that security was an issue, but the Secret Service issued a statement that they had not been tasked with providing security.  Although we couldn’t swallow that fib either, with 40 plus world leaders attending, that rally or at least parts of that rally was literally the “safest place on the planet” for that time period.  Considering the epic level of unpopularity of the federal government, we are surprised that all 4.3 million of them (as of 2012) didn’t pack up and head over to gay Paris, for a bit of a holiday.  Although…perhaps they were afraid we would slam and lock the door behind them.

Have a great day, be safe, and come back soon.